Every year, at the end of February Slovenia gets ready to ‘chase away the winter’ in an annual carnival celebration, known as pust. There are so many pust celebrations around the country at that time, that it is really quite difficult to decide, which one or ones to visit.

When the witches come out in Cerknica

Since we have never visited Cerknica Carnival, we were tempted to check out the renowned craziness of the street parade in the small town of Cerknica in the Karst region of Slovenia.

The word we heard about it was that this all day round party doesn’t stop from Fat Thursday until Ash Wednesday. And that its masks and costumes are so hilarious that they shouldn’t be missed!

In the town of Butale

From 23. February till 1. March 2017 the town changes its name into “Butale” – a fictitious village from a collection of humorous stories by Slovene writer and playwright Fran Milčinski. It is inhabited by “Butalci”, comical and outrageously stupid characters. During the Carnival, the town is taken over by Butalci who play an important role in the festivities.

The main highlights of the Cerknica Carnival are two processions held on Saturday and on Sunday. Each procession features groups of masked characters and giant papier-mâché floats and sculptures.

Some images of the parade below:

The  Cerknica Carnival attracts visitors from all over Slovenia and even tourists from neighboring countries. Traditional sculptures include an enormous fire-breathing dragon, the devil and his herd of dormice, and Ursula the witch.

The Cerknica Carnival ends on Ash Wednesday with the symbolic burial of pust, an anthropomorphic representation of winter. Pust is ritually burned and then thrown into the river.

Cerknica Carnival is also known for its tradition of wearing satirical costumes alluding to current events and politics. 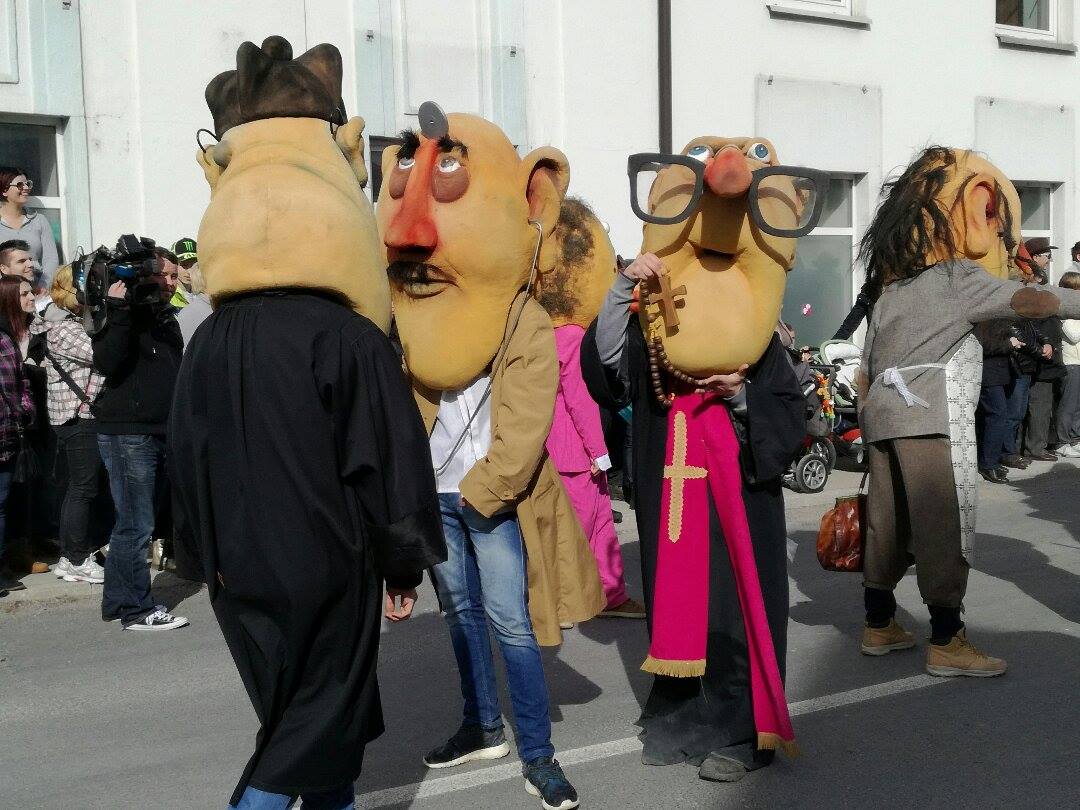 Need to store luggage while in Ljubljana? (click logo for more info)

Looking for a pet sitter while in Slovenia? (click logo for more info)