Postojna Cave – TOP choice of your trip in Slovenia

As you might already know, Slovenia is a charming small country, known for its natural beauty. One of the wonders of the nature that you should not miss when visiting, is the amazing Postojna Cave. Consequently, we can guarantee this visit will stay in your memory for years to come!

As the name implicates, Postojna Cave is located in the town called Postojna, which is in the Karst region of Slovenia, some 60 km from the capital Ljubljana.

You can get there from Ljubljana with either a train or a bus. However, we would recommend you to take a bus since it stops much closer to the cave. It is useful to know that there are also buses  which stop almost at the entrance of the cave.

Get amazed with the Postojna Cave!

By entering the Postojna Cave one cannot stop wondering how did all of this »happen«? What is the story behind this enormous underground web of tunnels?

Also, how were these fantastic and unique shapes and formations in which one can sometimes even recognize a familiar object, a face, a shape of an animal … made?

Oh, look, there is a bird, a dwarf, a beautiful folded curtain, even a diamond! 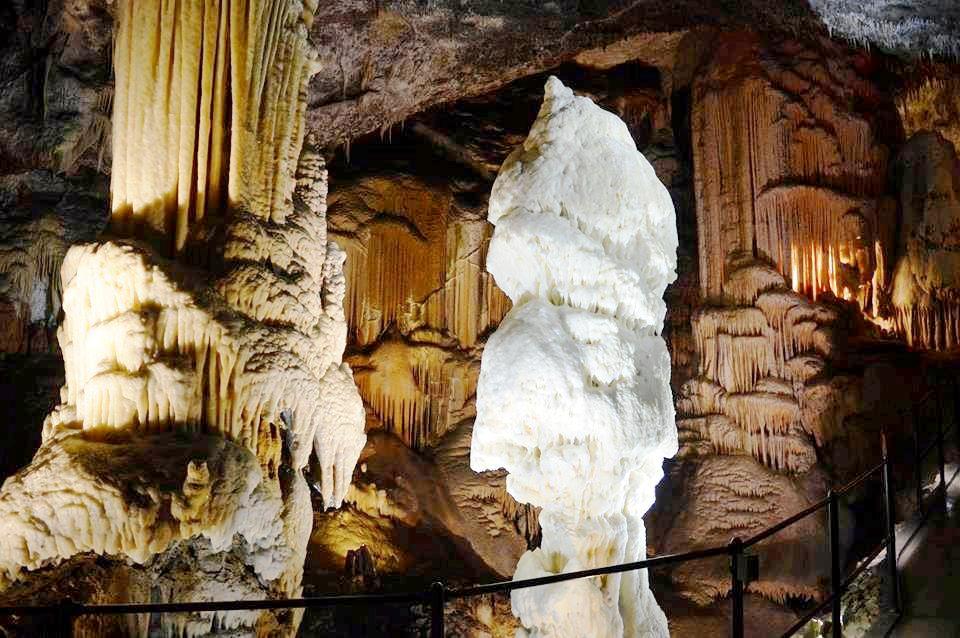 Pivka River – the creator of the cave

The main role in creation of the cave played the Pivka River. Over millions of years the river carved the numerous number of the underground passages, galleries and halls. Today the Postojna Cave is Slovenia’s most remarkable natural sight. Furthermore, it is one of the richest caves in the world in terms of cave formations.

The walk through the dark caverns is beautifully lit, so it feels a bit like being in an underground wonderland.

When our guide Vojko Jurca tells us that it takes 30 years to produce 1mm of stalactite (stalactites and stalagmites grow because of water running over and through inorganic material), his word strike me immediately – the cave is changing all the time!

Postojna Cave became officially known as a tourist destination in 1819, when archduke Ferdinand, heir to the Austrian throne, became the first person to sign the visitors book. At first, it was the guides themselves pushing along the rails. Railway tracks were laid in 1872 and the cave has been illuminated by electric lights since 1883, preceding even London.

Walking through the underground wonderland.

Get to know the dragon

The caves are also home to the endemic olm or proteus, a rare and sensitive blind salamander living in the cave rivers of the region. The olm lives for more than 100 years but reproduces just once or twice a decade.

When in January 2016 one of the Postojna Cave guides noticed that there was an olm egg attached to the glass wall of the aquarium in the cave, Slovenia and the Postojna Cave immediately became main news. People around the world were eagerly waiting for the olm babies to hatch. From the end of May to mid-July 2016, twenty-two baby olms successfully hatched.

Sir David Attenborough, the legendary British naturalist and also author of numerous BBC documentaries, picked olms as one of ten endangered animal species that he would take on his very own “Noah’s Ark”.

Get more information about the Karst phenomena

As said earlier, the tour around the cave takes around an hour and a half. Further more, in the Postojna Cave Park there is much more to see besides visiting the cave. The exhibition EXPO Postojna Cave Karst (opened in April 2014) is the largest permanent exhibition about the cave and karst phenomena around the world.

Moreover, the visitors  can also learn about karst phenomena through projections of various material onto a three-dimensional model, discover the special features of the karst environment, and learn about historic events at Postojna Cave.

TIP: Visit the nearby Predjama Castle

Additionally, to get to Predjama Castle (located approximately 10 km from the cave) you can use the organized shuttle bus, which operates during the high season – which is within the summer months. If you want to visit the castle outside the season, the best option to get there is to book a taxi. They charged us 10 Euro per person. 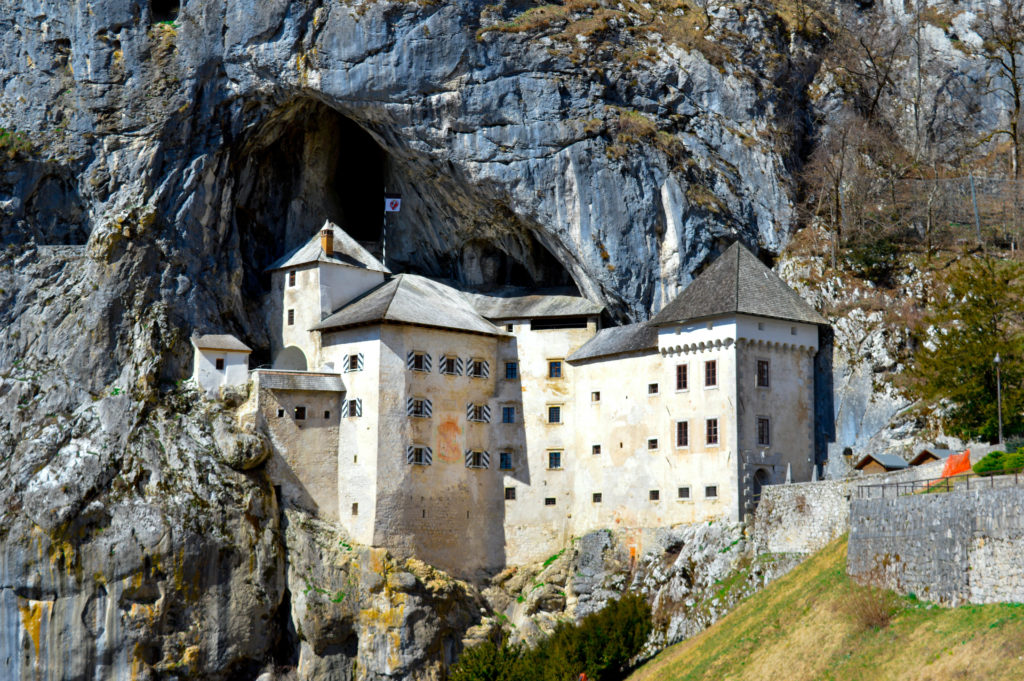 Send us an e-mail for further information about this option.

Disclosure Note: Thanks to Postojna Cave and to our enthusiastic guide Vojko Jurca for enabling us to bring you this story. As ever, the experience expressed remains entirely our own.